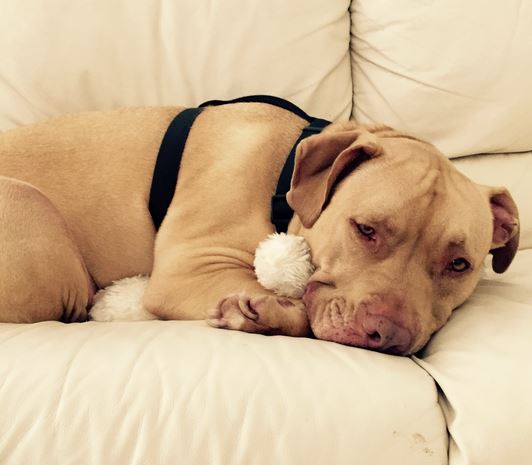 Jax is the ultimate family dog! He loves children, even the little tiny ones and is gentle and affectionate with them.? Jax is a very devoted dog who loves everyone. He gets along well with other dogs, and loves to play.

Jax is just 5 years old. He is very healthy, neutered, up to date on his vaccinations. He is very well behaved, perfectly house trained, and has a lot of love to offer.

His perfect family will have the time and energy to give him lots of attention, playtime and exercise. Jax loves to go for brisk walks. He would make a fantastic running companion.

Please open your heart and home to Jax today. He will provide your family with plenty of love and laughter, devotion and companionship. This is one GRRRRREAT dog!

Adoption/Rehoming Fee: $75. Supplies will be included.

Age of Pet: 5
Spayed/Neutered?: Yes
Health Problems: No
Up To Date on Vaccinations: Yes
Gets along with cats: No
Gets along with dogs: Yes
Accessories Included: I still have plenty of dog food, his toys and ropes, some treats as well as shampoos and nail clippers/filer for him. He has a camo- colored collar and a walking harness and leash too. Lots of poop bags and stuffed animals for him as well.
[/one_half_last] 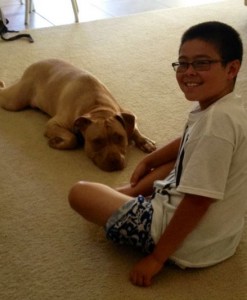 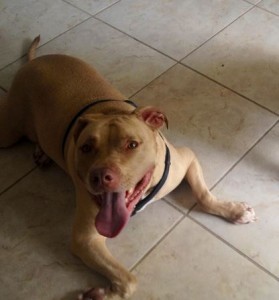 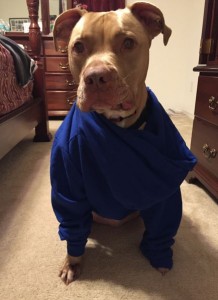 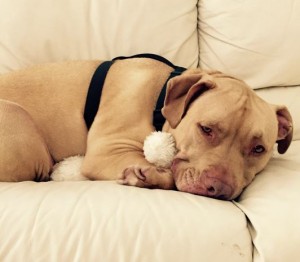 He is very relaxed at home but does have a lot of energy. He prefers to have an area to run around or someone to walk or run him quite often. He is great with other dogs and kids, even younger ones. He has never shown any temperament but he is very strong and sometimes tugs when going for walks, especially if he sees other dogs he wants to play with. He’ll spend most of the day sleeping if he wants and other days he’ll act like someones shadow if he’s bored.

I have a mid-size fenced in backyard and a large living room that Jax spends most of his time in. When he’s allowed, he’ll jump into bed or lay on the couch. Its a ranch home with several bedrooms but Jax knows he is restricted to only certain bedrooms.

I found Jax when he was just one, roaming the neighborhood. He was obviously malnourished and was poorly mistreated. We tried to find him his rightful owner but no one claimed him. My roommate and I spend equal amounts of time with Jax, although we do not believe it is enough. We’ve managed to bring him up as best we could, he’s a big happy boy that believes he’s still the size of a pup. We try to give him plenty of interaction with people and other dogs, as well as lots of treats and toys for him to enjoy. We take him for lots of walks and jogs as well as a car ride any chance we get.

We keep Jax on a regular diet of dry food and occasional biscuits and rawhides. Rawhides tend to be a consistency for him as it keeps him well occupied. His favorite is tug of war and chewing up empty peanut butter containers. He really likes running and he used to pull my brother on his rollerblades up and down the street.

My friend’s 4 year old daughter slept over for some time and each night she leaves the door cracked open to allow a bit of light in. Each night before she falls asleep he lays by her door and every morning we wake to find him asleep at her feet in bed.

He also loves to jump into any bed any chance he can to rattle up the sheets and cover himself entirely. We sometimes find him laying on his back on the couch, paws straight up in the air, asleep.

Why is Jax Being Rehomed?

I will be moving out of state to an area that does not allow pitt bulls unfortunately. I would be more than happy to take him but the 20+ hour car ride and living area would not be ideal for him. Its going to be a small apartment with no yard and they do not allow certain breeds, let alone large scale dogs to reside in the area.

Jax’s Perfect Adoptive Home Will Be:

I would like to see a family that is willing to give the time and energy Jax deserves. I believe an active family or someone with a yard would be ideal as he has a lot of energy. Jax enjoys his lazy days and long naps but he’s willing to go for a run or long walk any time of day. I want him to have a good home that is willing to open up their doors to him as we have. He’s a great dog with lots of love to give!