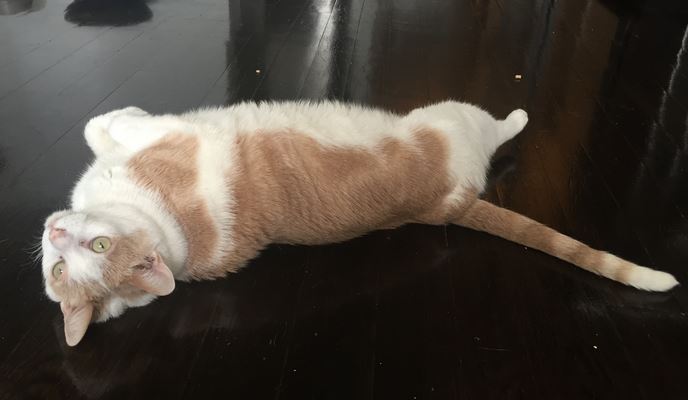 Looking for the perfect male companion? Forget online dating! This handsome “catchelor” is looking for a special lady to lavish with love. He’s a genius – having mastered the art of conversation and romance. This debonair Ginger Tuxedo Tabby has it all – looks, personality, savoir-fair. He’s the cat all the other cats want to be. The feline with finesse. A cat for all seasons…. He’s 12 (middled aged by cat standards), healthy, neutered and up to date on his shots.

BE the ENVYof all your single friends and snatch up this incredible guy while he is still available!

Age of Pet: around 12 years
Spayed/Neutered?: Yes
Health Problems: No
Up To Date on Vaccinations: No
Gets along with cats: No
Gets along with dogs: No
Good with Children?: Unknown
House Broken or Litter Trained?: Yes
Crate Trained?:
Accessories Included: I can supply two litter boxes with carpeted enclosures to come with him. He likes Feline Pine litter, and those are the boxes I am willing to provide with him.
[/one_half_last] 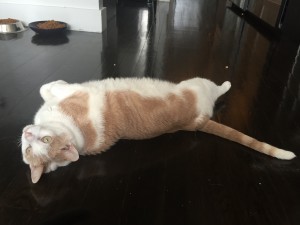 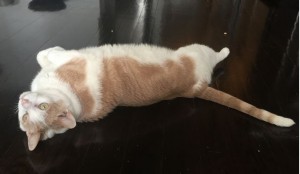 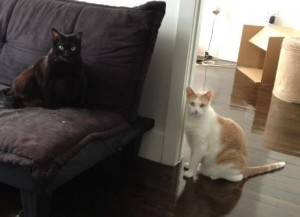 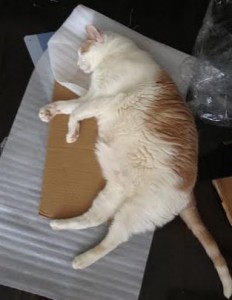 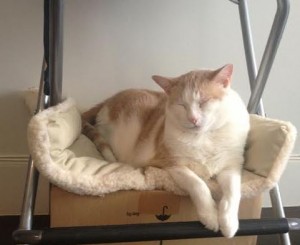 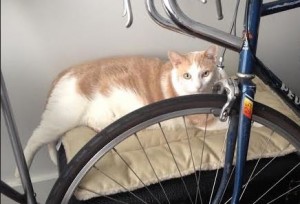 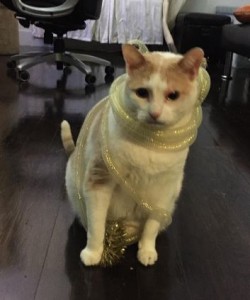 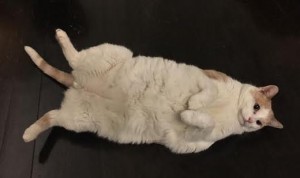 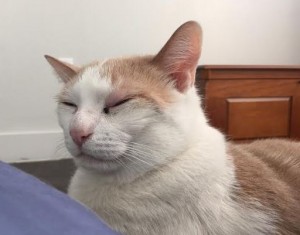 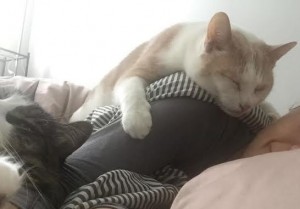 Ned is very loving (requires a lot of attention, or else) – talks a lot, which can be a lot of fun if you’re into having rhetorical conversations with your pet – in other words, he talks back a lot. Some might describe his talkback as whining, others might get a good laugh out of it. He’s got a big vocabulary. Not very good at taking direction, but not extremely insubordinate – has a mind of his own, let’s say.

When I say very loving, I mean he likes a lot of personal closeness – likes to sit in your lap and rub himself all over you, likes to sleep in bed with you, stuff like that. Does not like competition. He’s been living with two other cats and never got along with them. I assume he is best placed into a home with tons of attention and no competition. Has not been outdoors since he was less than a year old.

Ned loves human company and dislikes cat competition. I think he might think he’s a human or something – you can have a conversation with Ned that makes it seem like he is actually talking to you. Which can be lots of fun when you’re interested in having a conversation with your cat. When you aren’t (say, when you’re on the phone with a customer), it can be a bit of a thing – I have actually had customers on the other end ask if that was a child in the background. And he sort of is…

His favorite activity of all time is probably talking back. Other than that, he loves to fetch. And, he is quite particular about the kinds of throws he will accept also. If you underperform on the throw, he will look at you like you’re some kind of idiot and complain. Just sit there and wait for you to try again. A satisfactory throw, however – now, that will really get him excited. It is quite funny when he’s bringing the ball or whatever back in his mouth and trying to keep the conversation going at the same time, some very funny sound effects result.

In our old place, there was a loft bed – we used it for storage, mostly – he loved having something thrown up there, so he could dash up the stairs and find it. But – if he couldn’t find it, he’d start crying like a baby, and you’d have to go up and help him. And when you found it, he’d want the ball so he could take the credit for bringing in back downstairs – and put it in your shoe – the preferred drop spot for the next throw. his favorite throwing object? either a “crazy ball”, or – even better – a crumpled croissant bag.

Well – there are many – I have known Ned for 7 years – we found him on the street by our old apartment in Red Hook in October 2007. We were walking down the street and saw a flash of something orange and white dash in front of us. We both did a double take and peeked through the fence we were in front of – and he leapt out at us like some big tiger, the sideways hunched honcho walk – except he fit into my palm, he was so tiny. He was less than 6 months old, I believe. My ex fell in love immediately, and even though we already had two cats, we brought him upstairs. He walked into the room howling like a big cat – the other two cats were in disbelief – either of them could have eaten him in one bite. His attitude hasn’t changed much over the years… Except now he’s big, and not as limber as he used to be.

He’s the only cat I know who understands mirrors. So – he’s smart enough to notice you in front of him, and then look into your eyes in your reflection in the mirror, and go between the two, seemingly understanding that both are you.